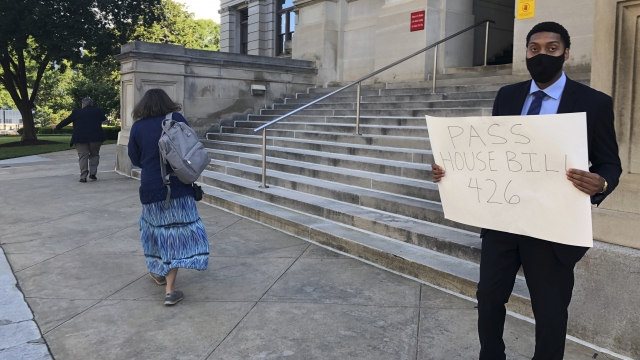 Georgia is one step closer to having a hate crime law.

House Bill 426 passed in the state's House and Senate and now heads to Gov. Brian Kemp's desk where he is expected to sign it pending legal review. Georgia is currently one of four states without hate crime legislation.

State Sen. Bill Cowsert said of the bill, "I heard someone say, 'If you stand idly by and tolerate hatred and discrimination, you are part of the problem.'"

The bill was spurred by the shooting death of Ahmaud Arbery earlier this year. Arbery was killed in February in Georgia, but his case didn't gain national attention until video was released showing Gregory McMichael and his son Travis McMichael chasing and ultimately shooting Arbery while he was out for a jog. The Department of Justice has been looking into his killing as a federal hate crime.