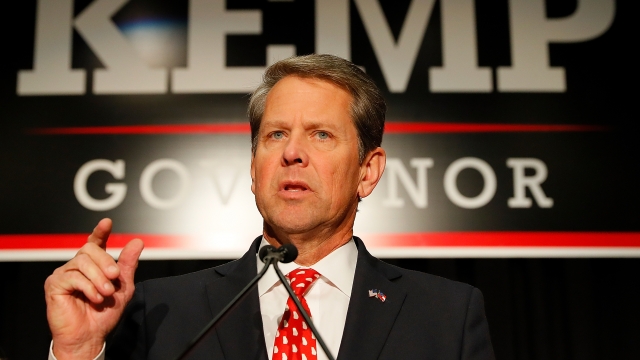 SMS
Georgia Governor Signs Controversial Abortion Bill
By Katherine Biek
By Katherine Biek
May 7, 2019
The measure effectively bans abortions after a fetal heartbeat is detected, which is usually about six weeks into pregnancy.
SHOW TRANSCRIPT

The so-called "fetal heartbeat" measure effectively bans abortions after a fetal heartbeat is detected, which is usually about six weeks into pregnancy. Currently, women in Georgia can legally have an abortion up to the 20th week of their pregnancy.

The legislation, which was passed by Georgia's General Assembly back in March, does offer a few exceptions. Under it, women who are the victims of rape or incest can get abortions up to the 20 week mark so long as they filed a police report. A woman could also get an abortion after the fetal heartbeat is detected if her doctor determines there's a medical emergency.

The ACLU and Planned Parenthood Southeast have already said they plan to take legal action against the measure.

A judge already struck down a "fetal heartbeat" abortion law in Iowa as unconstitutional. And similar measures passed in states like Ohio, Mississippi and Kentucky are also facing legal challenges.

Georgia's new abortion law is scheduled to go into effect in 2020.