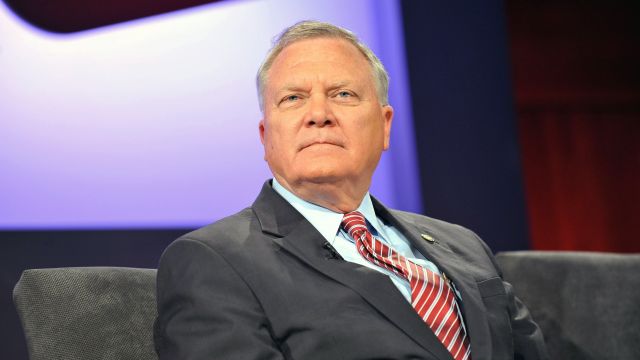 "I do not think that we have to discriminate against anyone to protect the faith-based community in Georgia of which I and my family have been a part of for all of our lives," Deal said at a press conference Monday.

House Bill 757, which essentially gave legal protections to people opposed to same-sex marriage, had a lot of critics. One of the bigger ones was Disney.

The film giant threatened to halt production on the sequel to its hit blockbuster "Guardians of the Galaxy,” which is being filmed at Georgia's Pinewood Studios, if HB 757 passed.

The NFL also voiced some hesitancy by suggesting if the bill passed, Atlanta's new Mercedes-Benz Stadium wouldn't be eligible for a Super Bowl bid.

Just north of Georgia, North Carolina is under pressure after passing its own bill critics say is discriminatory toward the LGBT community.

North Carolina's bill barring transgender people from using public bathrooms that match the gender they identify with rather than the gender on their birth certificate has received opposition from companies such as Google, the NBA and PayPal.