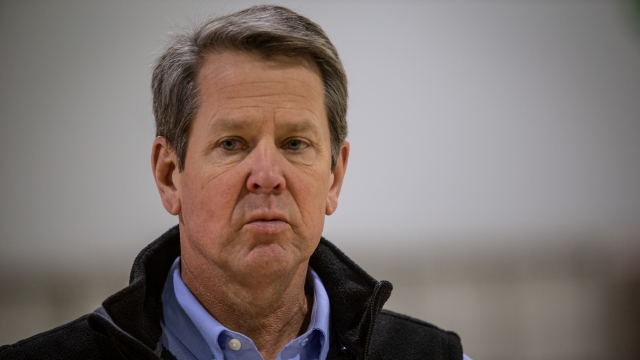 Georgia's governor is prohibiting cities and counties in the state from requiring people to wear face masks in public to limit the spread of the coronavirus.

Gov. Brian Kemp issued an executive order Wednesday that voided face mask orders from at least 15 local governments across Georgia, including cities like Savannah, Athens and Atlanta. Those local orders had covered about 1.4 million residents.

While Kemp has previously said that forcing people to wear masks in public is "a bridge too far," his executive order does encourage residents and visitors to do so when possible.

Georgia reported almost 3,900 new COVID-19 cases on Wednesday — that's the second-highest daily increase since the pandemic began in the state. It also reported hundreds of new hospitalizations linked to the coronavirus.

The Washington Post reports government officials in almost half of all states have enacted some sort of face mask requirement. The governors of Alabama and Montana were the latest to do so Wednesday.