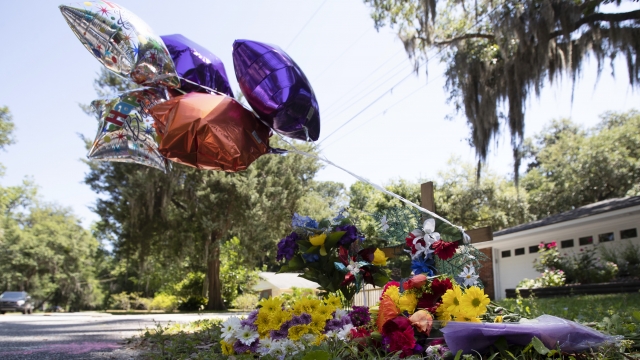 SMS
Georgia AG Wants Investigation Into Handling Of Arbery Case
By Caitlin Baldwin
By Caitlin Baldwin
May 11, 2020
In the murder of Ahmaud Arbery, “The family, the community and the state of Georgia deserve answers," said AG Chris Carr.
SHOW TRANSCRIPT

Georgia's attorney general is asking for a federal investigation into the handling of the death of Ahmaud Arbery, an unarmed black man authorities say was murdered by two white men.

Georgia Attorney General Chris Carr made the request to the U.S. Justice Department Sunday saying in a statement, “The family, the community and the state of Georgia deserve answers."

Arbery was jogging through a neighborhood in Brunswick, Georgia, on Feb. 23 when he was confronted by a father and son and fatally shot. The men said they thought Arbery looked like a burglary suspect. But Arbery's family says he was just out for a run.

Gregory McMichael and his son Travis were arrested last week after video surfaced showing the son shooting Arbery, sparking public outrage. The video was made by a neighbor, William "Roddie" Bryan.

"If he had not videotaped that incident the only person who really could speak to what happened is dead and we'll never have that opportunity. That video is the prosecution," said Bryan's Attorney Kevin Gough.

Attorneys for Arbery's family praised the request for a DOJ probe saying in a statement, "There are far too many questions about how this case was handled and why it took 74 days for two of the killers to be arrested and charged in Mister Arbery's death."

Both the father and son are charged with murder and aggravated assault charges. Authorities say there could be more arrests in the case.

Additional reporting by Jeff Amy of the Associated Press