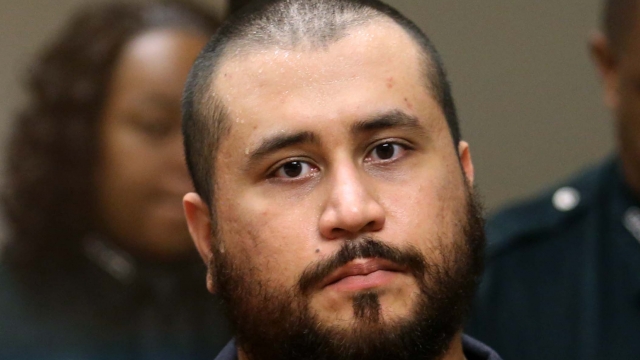 "First of all, they're terrorists. It's not a movement as you have said now. I see them as terrorists, if you'd like to address them correctly," George Zimmerman said in court.

George Zimmerman was back in court Wednesday to testify in the trial of a man accused of trying to shoot and kill him on a Florida highway last year.

But just listening to his testimony, you would think the case was about something else entirely — Trayvon Martin and the Black Lives Matter movement.

"Is it fair to say you did not fire that Springfield at Mr. Apperson because he had a pistol in his hand and not a bag of Skittles?" defense attorney Michael LaFay asked.

"That would not be fair," Zimmerman replied.

The defense attorney for Matthew Apperson, who claims he fired his weapon in self defense after Zimmerman allegedly pulled out a gun first, repeatedly referenced Martin's death in his questioning.

Zimmerman fatally shot 17-year-old Martin in 2012, claiming self-defense. The teen had a bag of Skittles in his pocket when he died.

A jury acquitted Zimmerman of murder in 2013, which sparked protests across the county and helped create the Black Lives Matter movement.

In this latest trial, the defense claims Zimmerman was upset because he thought Apperson was a Black Lives Matter supporter.

Apperson's attorney asked Zimmerman if the movement started with the Martin case, and that's when Zimmerman called the group "terrorist cowards."

The trial was expected to continue Thursday morning, and closing arguments are scheduled for Friday.