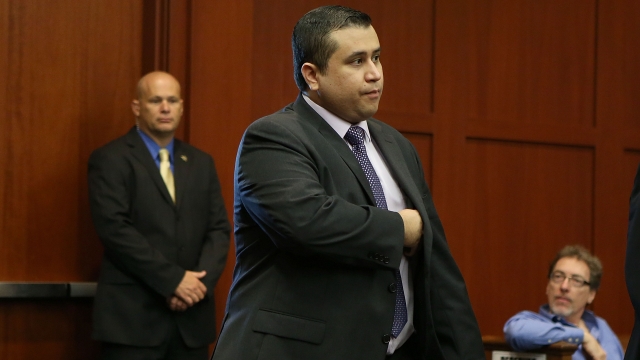 George Zimmerman is heading back to court with another hefty lawsuit: He is suing Sen. Elizabeth Warren and former South Bend, Indiana, Mayor Pete Buttigieg.

Zimmerman and his attorney Larry Klayman filed a civil suit Tuesday alleging the presidential candidates have "maliciously" defamed him "for political gain."

The lawsuit is based on two tweets the candidates shared on what would've been Trayvon Martin's 25th birthday. Zimmerman fatally shot Martin, a black teenager, in 2012. A court would later rule he'd acted in self defense.

The complaint says Buttigieg was referring to Zimmerman when he "recklessly implied that Trayvon Martin's death was a result of white supremacy, gun violence, prejudice, and fear."

It also says Warren defamed Zimmerman by implying that Martin's death was a direct result of gun violence and racism. The complaint highlights four photos Warren tweeted, saying they falsely imply that Zimmerman killed a child.

He is seeking damages in excess of $265 million.

But this isn't the only lawsuit he is currently involved in.

He also filed a suit in December against Trayvon Martin's family and others, seeking $100 million for alleged malicious prosecution and defamation.

Newsy has reached out to the offices of Sen. Warren and Buttigieg and is waiting on a response.

The lawsuit was filed in Polk County, Florida, and a hearing has not yet been scheduled. Zimmerman has demanded a trial by jury.