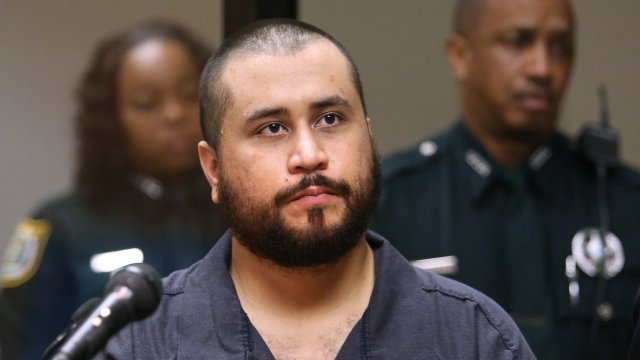 Zimmerman fatally shot the 17-year-old in 2012. He has since been acquitted of homicide charges. Now he wants $100 million in damages.

The man who fatally shot Trayvon Martin has sued the 17-year-old's family for $100 million in damages.

George Zimmerman filed the suit Wednesday. In it he accuses the Martin family, its attorney Ben Crump, the State of Florida and publisher HarperCollins of malicious prosecution and defamation.

Zimmerman accused all defendants except HarperCollins of swapping out a reluctant, but real, witness with a fake one who was allegedly coached to falsely testify.... during his murder trial.

According to the lawsuit, Zimmerman claims he "has suffered severe loss of reputation, goodwill, and past, present, and future loss of income, earning and other financial damage."

Crump and the Martin family deny the allegations.

In a statement, Crump said the lawsuit was"a shameless attempt to profit off the lives and grief of others."