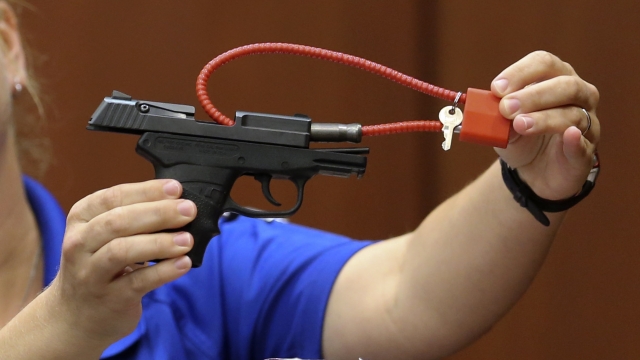 SMS
George Zimmerman Says He Got $250K For Gun That Shot Trayvon Martin
By Matt Picht
By Matt Picht
May 20, 2016
Zimmerman told The Daily Beast he wants to use the proceeds of the sale to combat the Black Lives Matter movement.
SHOW TRANSCRIPT

Newsy's partners at KTNV say Zimmerman told them he'd received an even higher bid than he was anticipating. A bar owner in Florida said Zimmerman previously accepted his bid of $150,000, but the deal fell through at the last minute.

Other attempts to auction the gun online were plagued with difficulties — Zimmerman's auction was pulled from one site, and spam accounts drove the bidding at another listing up to $65 million.

Zimmerman told The Daily Beast he plans to use the proceeds from the auction to counter the Black Lives Matter movement by making law enforcement officers affected by the movement "wealthy beyond their wildest imaginations."

Zimmerman faced murder charges and a civil rights investigation for fatally shooting Martin in 2012, and wasn't convicted in either case.

This video includes images from Getty Images and clips from Fox News, WFTV and WOFL.