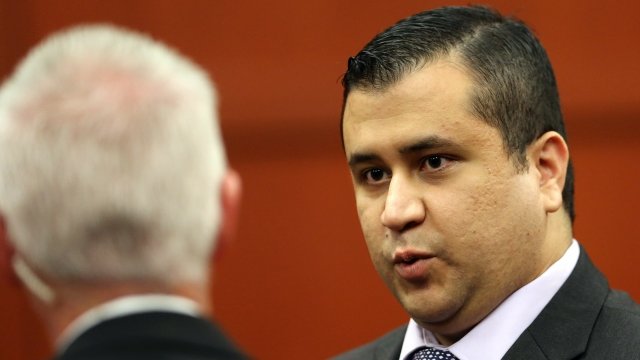 The man acquitted in the shooting death of Trayvon Martin in 2012 has been charged with misdemeanor stalking.

George Zimmerman is accused of threatening and harassing a private investigator who was working on a documentary about Martin's life.

Warren reportedly only contacted Zimmerman once about being involved in the Trayvon Martin documentary. Zimmerman claimed Warren was harassing his family. Warren got law enforcement involved when Zimmerman refused to stop contacting him.

Florida's Seminole County Sheriff's Office investigated the situation and submitted its report to the state attorney's office in March. Zimmerman was served a summons May 3.

He is scheduled to appear for arraignment May 30.