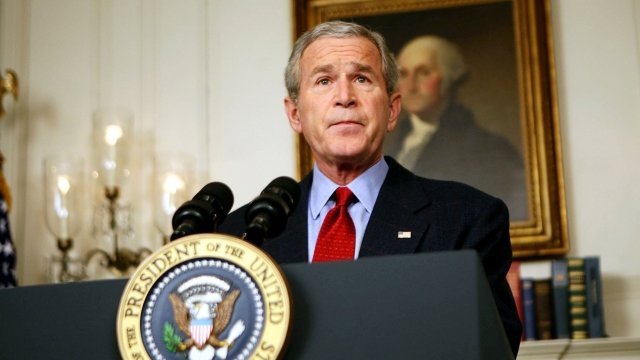 Former President George W. Bush said Thursday he thinks there's "pretty clear evidence that the Russians meddled" in the 2016 U.S. presidential election. He was speaking at a conference in Abu Dhabi in the United Arab Emirates.

He also said it isn't clear if the meddling affected the outcome of the election but that it's "problematic that a foreign nation is involved in our election system."

Bush also said Russian President Vladimir Putin has a "chip on his shoulder. The reason he does is because of the demise of the Soviet Union troubles him."