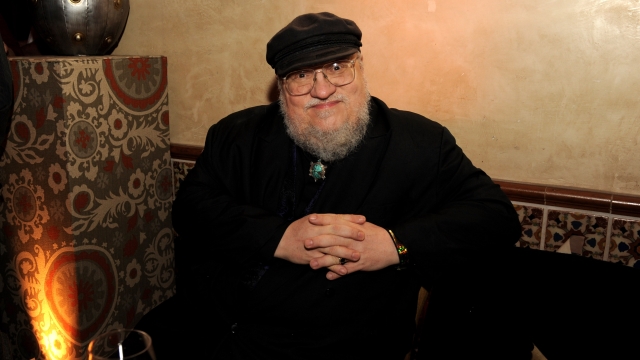 If you're dreading the announced end of "Game of Thrones" in 2018, George R.R. Martin has your next TV obsession.

Martin announced Universal Cable Productions bought the rights to the Wild Cards series, which he started editing years before any of his A Song of Ice and Fire books came out.

The Wild Cards story begins just after World War II when an alien ship releases a virus into New York that goes on to infect the planet.

In a blog post, Martin wrote, "Of those infected, 90 percent died horribly, drawing the black queen, 9 percent were twisted and deformed into jokers, while a lucky 1 percent became blessed with extraordinary and unpredictable powers."

The series has different writers telling different stories within the same universe. The 23rd book in the series is due out this month, which means the TV show will have plenty of source material to draw from, so it could last a while — if it's popular enough.

SEE MORE: George R.R. Martin Has Another HBO Series In The Works

Martin won't be able to work on the show since he has an exclusive development deal with HBO, but he's promised it's in good hands. He expects the show to be on TV in the next year or two.

This video includes clips from Al Jazeera, HBO and TBS.