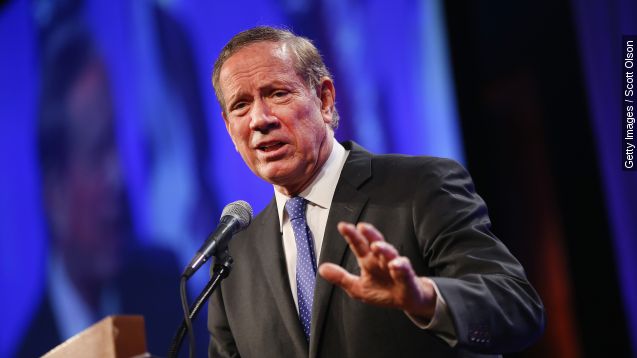 "When we stand together, Americans can accomplish anything," said former New York Gov. George Pataki.

On the one hand, this is a candidate with an ideal resume.

He famously forced liberal champion Mario Cuomo out of office, and went on to serve three terms as the Republican governor of a left-leaning state. (Video via Office of Governor Andrew Cuomo)

He gained national attention leading New York in the aftermath of 9/11. And yet, his campaign is a long shot.

He recognizes as much, himself, telling the New York Post earlier this week, "It will be a very stiff climb up a very steep mountain, but that hasn't stopped me in the past."

Steep is putting it mildly. Pataki is entering an already crowded GOP field and doesn't have much name recognition nationally.

He'll have a tough time exciting the party's base. Although a fiscal conservative, his positions on social issues — including abortion and gay marriage — don't play well with GOP primary voters. (Video via C-SPAN)

But as Pataki points out, he's successfully run an underdog campaign before.

"No one thought I had a chance. I was looking back. In 75 years, there have been two people elected governor as a Republican in New York state: Nelson Rockefeller and me. So the odds don't determine," Pataki told MSNBC's "Morning Joe."

His standing in the polls, however, will determine whether he makes it on the Fox News debate stage in August. The network is limiting its GOP primary debate to the 10 best-polling candidates.

If the debate were held today, Pataki wouldn't make the cut.