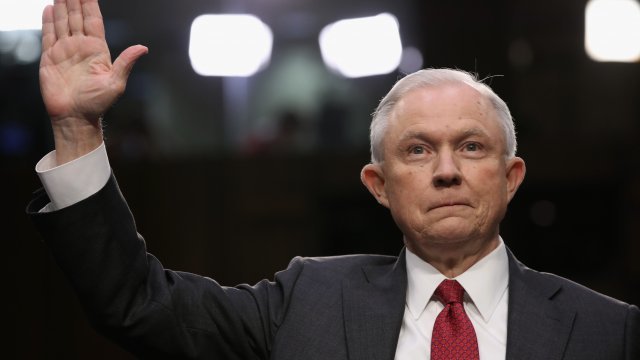 Papadopoulos has said he suggested a meeting between then-candidate Donald Trump and Russian President Vladimir Putin in a meeting in 2016. Sessions told Congress last year that he pushed back on the idea. Another adviser who was in the room at the time reportedly supported Sessions' testimony.

But according to a filing by Papadopoulos' lawyers Friday, "Mr. Trump nodded with approval and deferred to Mr. Sessions who appeared to like the idea and stated that the campaign should look into it."

Papadopoulos pleaded guilty to lying to investigators last October. His lawyers say the lie was to "save his professional aspirations," not to derail the Russia investigation, and they want a judge to sentence him to probation.