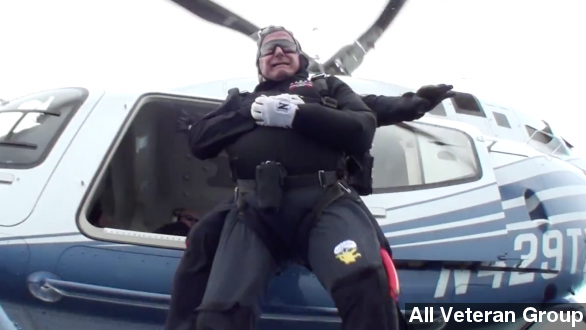 By Madison Burke
June 12, 2014
The former president has made a habit of sky diving on his birthday, and continued with a jump to celebrate his 90th birthday.
SHOW TRANSCRIPT

"I don't feel a day over 84!" ​The elder Bush has made a habit of jumping out of planes to celebrate birthdays the past few years. (Via CNN)

It's only been two years since the former president's last sky-dive. At the time, he told his granddaughter and NBC host Jenna Bush Hager that he saw another jump in his future.

Bush tweeted Thursday morning "It's a wonderful day in Maine — in fact, nice enough for a parachute jump." (Via Twitter / @GerogeHWBush)

The former president had a successful jump and landed to the cheers of his friends and family. (Via YouTube / All Veteran Group)

But not all of Bush's jumps have been as smooth. The Washington Times reports during his first experience skydiving in World War II, his plane engine caught on fire and he had to wait for hours in the ocean to be picked up.