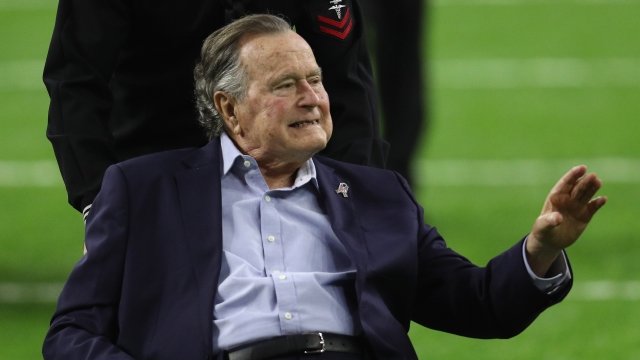 Former President George H.W. Bush is alert and talking after he was hospitalized for an infection earlier this week.

Bush went to a Houston hospital Sunday after an infection spread to his blood. A day later, a family spokesperson said the 93-year-old was "responding to treatments and appears to be recovering."

Bush's wife, former first lady Barbara Bush, died April 17. Her memorial service was held over the weekend, and George H.W. Bush surprised dozens of well-wishers and shook their hands during a public viewing.

Bush's spokesman said the former president wants to get healthy so he can travel to his house in Maine this summer.