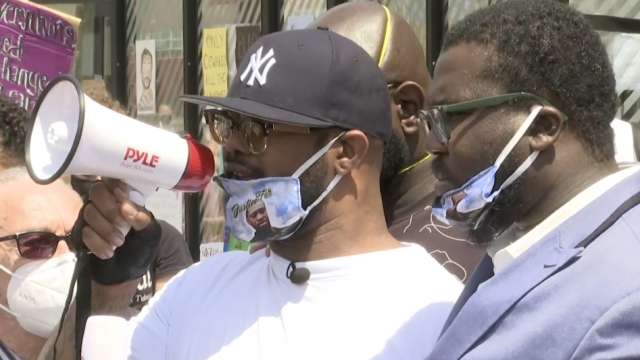 Terrence Floyd visited his older brother George Floyd's memorial site in Minneapolis on Monday. A paint outline of George Floyd's body where he took his last breaths a week ago is surrounded by flowers, signs and balloons.

Amid protests that turned violent over the last week, Terrence Floyd pleaded with the diverse crowd there and the public to be peaceful.

He also called on those outraged to use their voices and vote to make change.

"Let's do this another way ... Let's stop thinking that our voice don't matter and vote. Not just vote for president. Vote for the preliminaries. Vote for everybody."

Terrence Floyd was joined by civil rights leader Rev. Kevin McCall and attorney Sandford Rubenstein. McCall said the family is calling for peace and justice. They are condemning all four officers involved in George Floyd's arrest and said they will not rest until justice is done.