Genetic Testing Is So Popular, It May Be Hard To Keep Your DNA Private 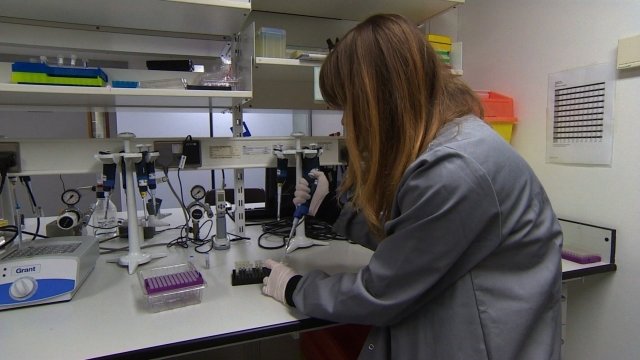 SMS
Genetic Testing Is So Popular, It May Be Hard To Keep Your DNA Private

By Cristina Mutchler
October 12, 2018
A study says 60 percent of Americans of European descent can be identified by an anonymous DNA sample even if they've never joined a genetic database.
SHOW TRANSCRIPT

A new study suggests that around 60 percent of Americans of European descent can be identified by an anonymous DNA sample — even if they've never joined a genetic database.

Researchers found that as of April, more than 15 million people had used at-home genetic testing kits. Some have let third-party companies upload their raw data to a database for more analysis.

As those registries build, it's becoming more difficult to remain anonymous.

Here's why: Advanced techniques make it possible to connect an unidentified DNA sample with a third cousin or closer match. So if one of those distant relatives is in the database, forensic specialists can use those results and other demographic information to identify the anonymous person.

That approach is being used increasingly in forensics. Earlier this year, it even helped track down the suspect in the Golden State Killer attacks from the '70s and '80s.

By the way, the study points out results for people with European ancestry because it's the main group that's used the databases studied.

Experts hope the new findings will start a conversation about genetic testing and privacy.

The study's authors recommend regulation changes, consent requirements and court admission guidelines when it comes to DNA samples, in order to curb the possible misuse of genetic databases.