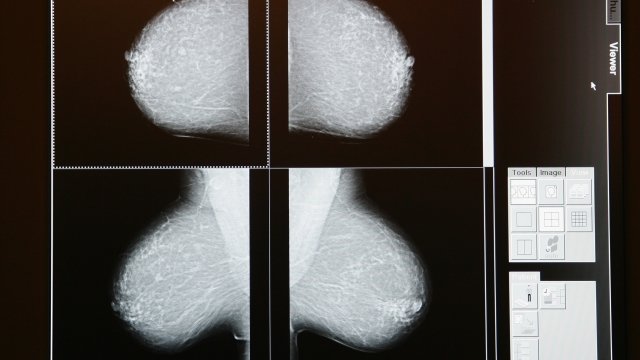 Researchers have discovered a genetic link that could help reveal a patient's risk for a deadly form of breast cancer.

A new study is the first to identify several genes that are associated with a high lifetime risk of triple-negative breast cancer — and a greater risk of getting breast cancer in general. It looked at almost 11,000 patients who were diagnosed with triple-negative and found mutations in certain genes linked to it.

Triple-negative is an aggressive type of breast cancer. It's hard to treat and typically has a lower five-year survival rate. African-American women are more likely than white women to develop it.

The findings could help at-risk people get diagnosed earlier, improving treatment plans and potentially protecting against the cancer returning. The idea is if doctors find the mutations during screenings, those patients could get additional monitoring like MRIs and mammograms.

Still, experts say more research is needed. The study's authors recommend all triple-negative breast cancer patients undergo the gene testing, but it's unclear who else should be screened for genetic mutations.