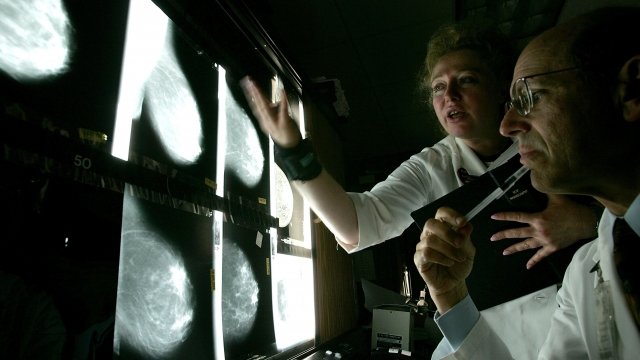 A new study claims genetic breast cancer testing guidelines are restricting how many women can get tested, possibly resulting in missed cases.

They put about 1,000 female breast cancer patients under a full panel of DNA testing. Half of them met the guidelines' testing criteria.

The results showed around 9 percent had genetic traits linked to breast cancer. Of that group, 45 women met the testing criteria, and 38 didn't.

Researchers say in a real-life setting those 38 typically wouldn't have been tested and that that suggests the current screenings could exclude close to half of patients who may carry a cancer-linked gene.

Though the guidelines are updated regularly, experts point out that they were established about 20 years ago when testing was expensive and only the BRCA genes were tested for. Now, scientists have discovered multiple gene mutations connected to breast cancer, and testing is less costly.

The study's authors say their main recommendation is for all breast cancer patients to receive genetic testing.

Around 330,000 people are diagnosed with breast cancer each year in the U.S. An estimated 5-10 percent of those cases are hereditary.