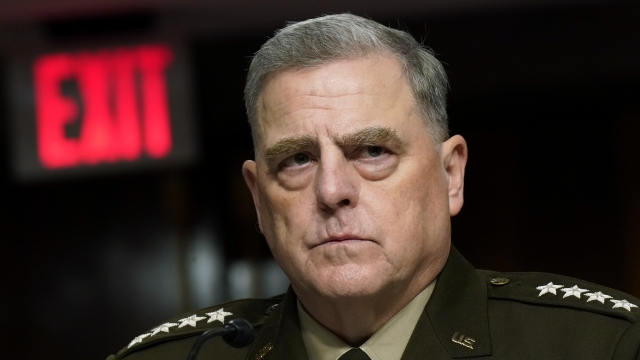 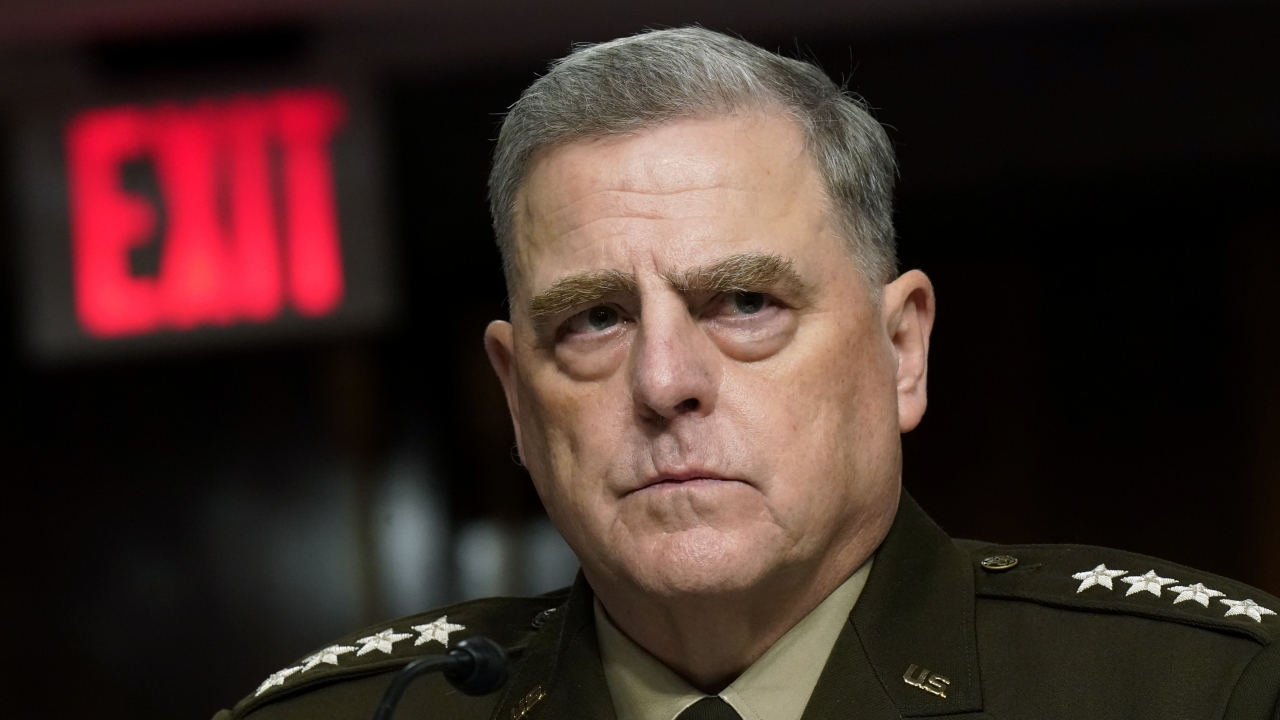 The top U.S. military officer told Congress on Tuesday that he knew former President Donald Trump wasn't planning to attack China and that it was his job to reassure the Chinese of that fact in phone calls that have triggered outrage from some lawmakers.

Army Gen. Mark Milley, chairman of the Joint Chiefs of Staff, delivered a full-throated defense of two calls he made to his Chinese counterpart, saying he was responding to "concerning intelligence" that China was worried about a U.S. attack. 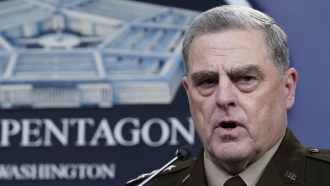 "I know, I am certain, that President Trump did not intend to attack the Chinese. ... And it was my directed responsibility by the secretary to convey that intent to the Chinese," Milley told the Senate Armed Services Committee on Tuesday. "My task at that time was to deescalate. My message again was consistent: Stay calm, steady, and deescalate. We are not going to attack you."

Milley has been at the center of a firestorm amid reports he made two calls to Gen. Li Zuocheng of the People's Liberation Army to assure him that the United States was not going to suddenly go to war with or attack China. Details of the calls were first aired in excerpts from the recently released book "Peril" by journalists Bob Woodward and Robert Costa.

Some U.S. lawmakers have said Milley overstepped his authority, and they have called for President Joe Biden to fire him. Trump blasted Milley as treasonous, called him "a complete nutjob" and said Milley "never told me about calls being made to China."

In his most extensive comments to date on the matter, Milley said that the calls on Oct. 30 and Jan. 8 were fully coordinated with the defense secretaries at the time as well as other U.S. national security agencies. And he said that such military-to-military communications are critical to prevent war between great powers that possess nuclear weapons.

Milley said the October call was made at the direction of then-Defense chief Mark Esper and the second was done at the request of the Chinese and coordinated with then-acting Defense Secretary Chris Miller's office.

Milley also addressed a call he received from House Speaker Nancy Pelosi. He said Pelosi "called me to inquire about the president's ability to launch nuclear weapons. I sought to assure her that nuclear launch is governed by a very specific and deliberate process."

He said he assured her that while the president is the sole nuclear launch authority, "he doesn't launch them alone." He said that as chairman he is part of the launch decision process.

He said that after the call was over, he had a short meeting with staff to go over the process. He also said he informed Miller of the call at the time.

"At no time was I attempting to change or influence the process, usurp authority or insert myself in the chain of command, but I am expected, I am required, to give my advice and ensure that the president is fully informed," Milley said.