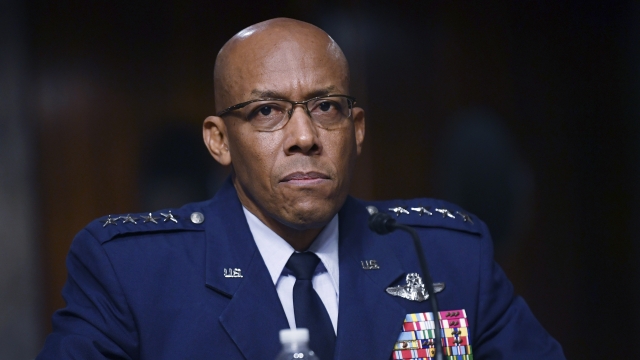 "On this vote, the yeas are 98, the nays are zero. And the historic nomination of Gen. Charles Q. Brown Jr. as the United States Air Force chief of staff is confirmed."

His U.S. Senate confirmation fell on the same day as George Floyd's funeral. Floyd's death in Minneapolis police custody has sparked countless protests across the country. In a video posted on social media Friday, Brown, the current commander of U.S. Pacific Air Forces, reflected on current events and shared his own experiences with racial bias.

"I'm thinking about how I can make improvements personally, professionally and institutionally so that all airmen, both today and tomorrow, appreciate the value of diversity and can serve in an environment where they can reach their full potential."

The four-star general has served in the Air Force for 35 years and graduated from the ROTC program at Texas Tech University. He has close to 3,000 flying hours, including 130 hours of combat.

President Donald Trump nominated him on March 2. On Twitter, the president said he was "excited to work even more closely" with Brown, calling him "a Patriot and Great Leader."

The current Air Force chief of staff, Gen. David Goldfein, is set to retire at the end of the month. He said, "When it comes to global, operational savvy there's nobody stronger." Brown will be sworn in on Aug. 6.