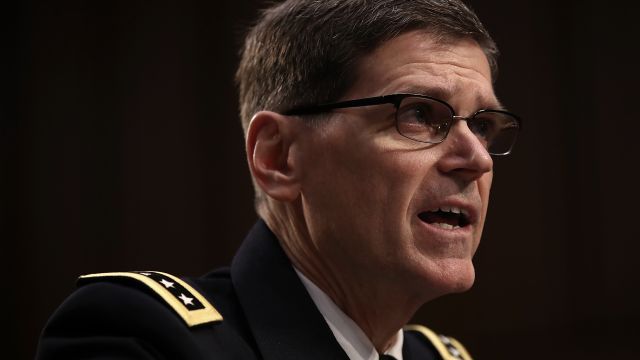 SMS
General Claims Responsibility For Raid That Killed Navy SEAL
By James Packard
By James Packard
March 9, 2017
Gen. Joseph Votel said Thursday he is responsible for the raid that killed a Navy SEAL and left a lot of questions.
SHOW TRANSCRIPT

A high-ranking general is taking responsibility for the raid in Yemen that killed a Navy SEAL and left at least four civilians dead last month.

During a hearing with the Senate Armed Services Committee on Thursday, Gen. Joseph Votel said he's the person who should take the fall for the raid that's been mired in controversy since it happened.

"I am responsible for this mission. ... We lost a lot on this operation. We lost a valued operator; we had wounded; we caused civilian casualties, lost an expensive aircraft."

The mission also failed to capture Qassim al-Rimi, the leader of al Qaeda in Yemen and the reported target of the raid. But Votel said the military did gain valuable intelligence that will help the U.S. combat terror groups in the Middle East.

That was enough for President Donald Trump and his administration to deem the raid a success, as White House press secretary Sean Spicer called it early last month.

"It is a successful operation by all standards. ... It is tough to ever use the word success when you know that somebody has lost their life," Spicer said.

But that reconciliation isn't good enough for people like Arizona Sen. John McCain, who recently reiterated his opposition on calling the mission successful. 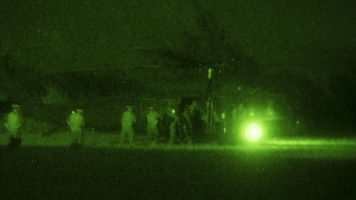 US Officials Disagree On Whether Yemen Raid Yielded Intel Or Not

"When you have women and children killed — as you pointed out — loss of a $70 million aircraft, you do not capture anyone as was part of the mission, that mission is not a success. ... When heavy fire was encountered, why the decision was made to continue the mission, I still don't think this committee has an answer to that question," McCain said.

Whether or not McCain will get answers to that question is up in the air. Votel said he decided there was no need for an additional investigation into the operation.

"I am looking for indicators of incompetence or poor decision-making or bad judgment. ... I was satisfied that none of those indicators that I identified to you were present," Votel said.

Investigations into what happened to the helicopter that crashed during the raid are still ongoing.