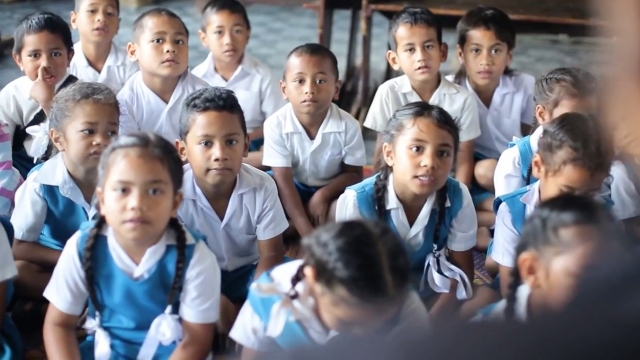 SMS
Gender Gap Still Plagues Education Around The Globe
By Melissa Prax
By Melissa Prax
March 5, 2016
The United Nations says 63 million girls currently aren't in school, and it's a number that is expected to rise.
SHOW TRANSCRIPT

A lot of kids around the globe don't get the chance to learn to read or write, but twice as many girls don't compared to boys. That's about 16 million primary school-aged girls compared to 8 million boys.

Overall, more than 63 million girls aren't in school — a number the United Nations says is increasing despite pledges to stop gender education gaps.

And of the girls who are in school, more than 5 million will drop out, though the U.N. says some might pursue education later on.

Factors — like poverty, conflict and gender prohibitions — are to blame, especially in regions like South and West Asia, sub-Saharan Africa and Arab states.

But those regions have made progress in the average amount of time kids spend in the classroom.

In 1990, South and West Asian girls used to receive about six years of school. They now receive 11.

Sub-Saharan Africa and Arab states also saw increases, but boys overall are often still getting an extra year of education in these regions.

Even though girls are spending more time in school, data can be skewed when they repeat grades — that and starting their education later means kids will be less likely to finish.

The result? Nearly 757 million adults and 115 million young people are illiterate, and two-thirds are women. While rates have been improving for men, little has changed for women.