Gender Equality At Work? Check Back In 100 Years 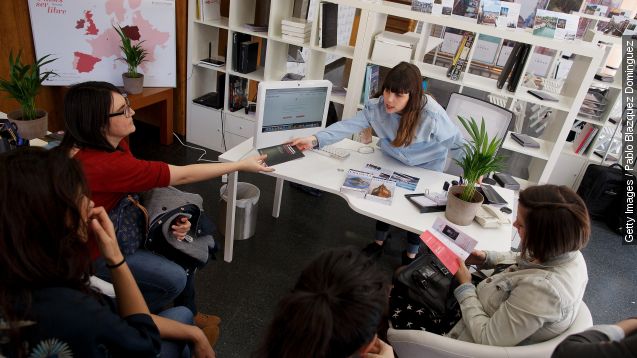 SMS
Gender Equality At Work? Check Back In 100 Years
By Katie Link
By Katie Link
September 30, 2015
A new study says there are still few women in chief corporate positions. So what has to give, and when will things change?
SHOW TRANSCRIPT

It turns out corporate America looks just about the same as it did this time three years ago: men dominating at the very top and women struggling behind.

And according to a new study, it could take more than 100 years until we see as many ladies in chief corporate positions as the guys.

The study — conducted by McKinsey & Co. and LeanIn.org — measured women's roles in the workforce and how likely they were to make it to the top. The results were pretty dismal.

The numbers indicate little progress has been made in recent years to level the playing field. In 2012, 16 percent of executives were women. Today, that number is 17 percent.

And that's likely because men move up the ranks more easily. Women in the study reported they are nearly four times more likely than men to think they have fewer opportunities to advance because of gender.

But that hard work is less likely to be rewarded. Women are 15 percent less likely than men to win a promotion to the next level.

The study also shows women are more likely than men to stay with a company after reaching a senior manager position. (Video via Staples)