A Look At The Persistent Gender Based Violence In Sweatshops 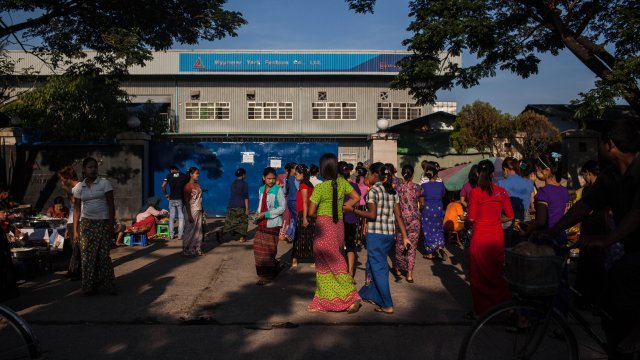 SMS
A Look At The Persistent Gender Based Violence In Sweatshops
By Melissa Prax
By Melissa Prax
July 20, 2018
We spoke with a human rights expert who works on the ground in Asia.
SHOW TRANSCRIPT

Garment factories and sweatshops propel our fashion industry — and it's not surprising to hear about poor working conditions in them. But amid that conversation, one part doesn't always get attention: Gender-based violence.

"Floor supervisors harass and use humiliation as a form a control. And that also is a pervasive problem in the industry. It's not just one or two factories, it's sort of a consistent problem," said Aruna Kashyap, who's Human Right's Watch Women's Rights Senior Counsel.

Kashyap speaks with female workers in Asia for her research about garment factory working conditions. She's found a variety of abuses women endure from men in power and fellow line workers, including sexual harassment and assault, stalking and pressure to perform favors. 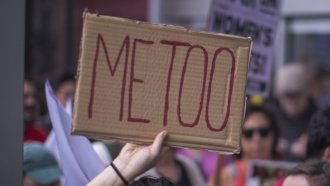 "The challenge really for workers, at least a lot of the workers in my interviews, is that they internalize the process so much that getting them to identify inappropriate workplace behaviors as inappropriate ... and then say that's inappropriate, that's unacceptable behavior in the workplace itself is a challenge," said Kashyap.

And while Kashyap's findings aren't ground breaking, a recent Global Labour Justice report detailed physical and sexual abuse in factories that made clothing for H&M and Gap. But this issue is less about specific brands being at fault and more about the industry not making it easy for abuses to be reported.

For example, multiple brands may utilize the same factory. And that's why even boycotting a brand may not be the most effective tool to create change.

Kashyap said: "The boycott doesn't really help. … Consumer pressure though, asking a brand you know, 'I want to know where my clothes are made' does. 'Why does this brand has this [information], why don't you?' is a very powerful message to send brands. ... There needs to be a grievance redress procedure where a woman can escalate the complaints that are not getting resolved in the factory, or she faces retaliation while pursuing a complaint to a brand. And this cannot happen brand by brand, we're talking about workers who are extremely disempowered and not particularly educated, they can't familiarize themselves with 500 different brands and their specific redress procedure. So there has to be something that brands collectively institute at the country level, which is accessible to workers. And that doesn't exist for the most part."

But for women facing repeated abuse, there can be lasting effects.

"In conservative communities, it's difficult for women to even ask to go out and work … and when they face workplace harassment and violence, [there] is tremendous pressure back at home to quit jobs, not go out and work because the idea that the worker has brought this upon herself by choosing to go out and work," Kashyap said.