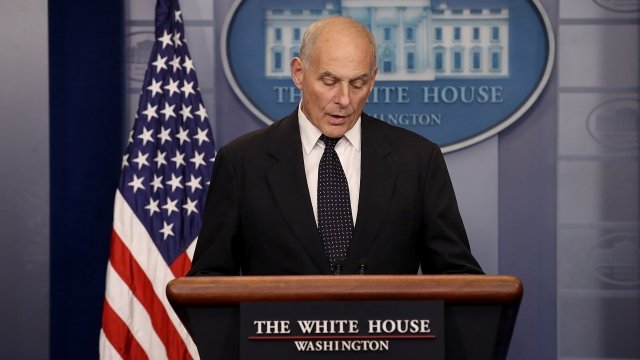 After President Trump drew criticism for how he talked to the families of U.S. soldiers killed in action, White House chief of staff and retired Gen. John Kelly tried to put the controversy to rest.

Kelly said, "He called four people the other day and expressed his condolences in the best way that he could."

Trump was accused of disrespecting Sgt. La David Johnson's service after he reportedly told Johnson's widow he "knew what he was signing up for."

Kelly used a similar phrasing in his remarks but emphasized the overall message was respectful.

Kelly said: "He was doing exactly what he wanted to do when he was killed. He knew what he was getting into by joining that 1 percent. He knew what the possibilities were, because we're at war. And he died, in the four cases we're talking about in Niger, my son's case in Afghanistan, when he died he was surrounded by the best men on this earth, his friends. That's what the president tried to say to the four families the other day." 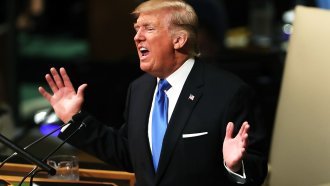 White House: $25,000 Check To Father Of Fallen Soldier Is In The Mail

Kelly also said he initially advised Trump not to call the families of fallen soldiers, noting the most important calls to them were from their fellow comrades in arms. Former President Obama didn't call Kelly's family after his son died in Afghanistan — and Kelly said that wasn't a negative thing.

He also took a shot at Rep. Frederica Wilson, who reported Trump's words, saying he was shocked and disheartened by her criticism.

"A young man, a young woman going out and giving his or her life for our country. Let's try to somehow keep that sacred. But it eroded a great deal yesterday by the selfish behavior of a member of Congress," Kelly said.

Johnson and three other soldiers were killed in Niger after an ambush by ISIS-affiliated fighters. An investigation into the deaths is ongoing.