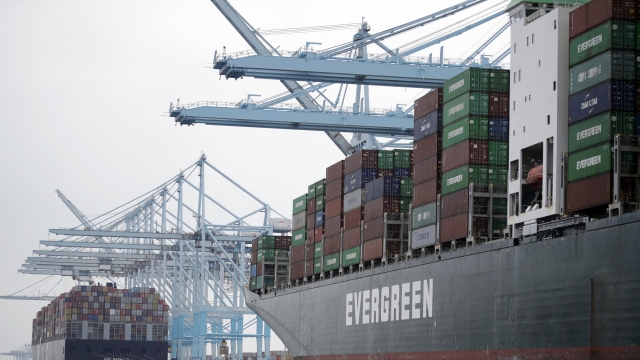 SMS
GDP Drops 4.8% Amid Outbreak
By Meg Hilling
By Meg Hilling
April 29, 2020
It's the worst shrinkage since the 2008 Great Recession.
SHOW TRANSCRIPT

A key indicator of how the coronavirus is affecting the economy was released Wednesday. Real gross domestic product fell at an annual rate of 4.8% during the first quarter of this year, according to the Bureau of Economic Analysis’s report.

CNBC says this marks the first negative GDP reading since 2014 and the worst shrinkage since the end of 2008 during the Great Recession. The GDP is the sum of all goods and products and is used to help to take the temperature of an economy's overall health.

The report states that "The decline in first quarter GDP was, in part, due to the response to the spread of COVID-19, as governments issued "stay-at-home" orders in March. This led to rapid changes in demand, as businesses and schools switched to remote work or canceled operations, and consumers canceled, restricted, or redirected their spending."

Driving the decline was the drop in consumer spending by Americans stuck in their homes. That was down by a 7.6 percent annual rate in the first quarter. Economic forecasters predict that the GDP will decline even more in the second quarter. But President Donald Trump told reporters this week that he expects a "big rise" in GDP in the third quarter, followed by an "incredible fourth quarter."

The report comes as cases of the virus climb above 1 million in the U.S. and as state and federal governments grapple with outlining plans to restart the economy as unemployment numbers rise.