Gay Rights A Delicate Issue For Obama During Kenya Visit 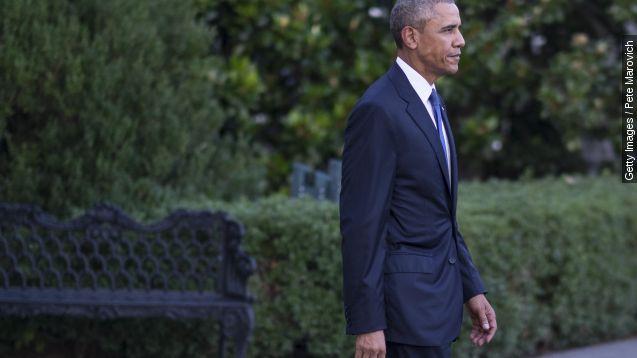 Much like his last trip to Africa, President Obama is expected to get the red-carpet treatment when he — America's first black president — visits his ancestral homeland of Kenya this weekend. (Video via The White House)

But not everyone's as thrilled. (Video via The Star)

His visit has galvanized anti-gay protesters, church leaders and politicians. (Video via The Star)

"Everybody deserves fair treatment — equal treatment — in the eyes of the law and the state. And that includes gays, lesbians, transgender persons," President Obama told the BBC on the eve of his Africa trip.

President Obama's indicated that while in Kenya he'll bring up the country's poor track record on LGBT rights, much to the dismay of his Kenyan counterpart.

"We as a country, as a continent, are faced with much more serious issues," Kenyan President Uhuru Kenyatta said. (Video via CCTV Africa)

Kenya’s gay men and women surely don't see it that way. Homosexuality remains illegal in the country, and gay sex is punishable by up to 14 years in prison.

Kenya's not unique. According to Amnesty International, homosexuality is illegal in 35 African nations. In four of them, it can be punishable by death. And there appears to be strong public support for these laws.

A 2013 Pew Research Center poll found over 90 percent of people in Nigeria, Senegal, Ghana, Uganda and Kenya believed homosexuality should not be accepted by society.

Human rights advocates say President Obama — beloved by so many in Africa — should take this opportunity to sway public opinion. But what he doesn't want is to be accused of trying to impose Western values.

That's happened before. "When it comes to people's personal views and their religious faith, etc., I think we have to respect the diversity of views that are there. But when it comes to how the state treats people, how the law treats people, I believe that everybody has to be treated equally. I don't believe in discrimination of any sort," President Obama said during a press conference in Senegal in 2013.