Gay Couple Who Wed At West Point Forced To Defend Themselves 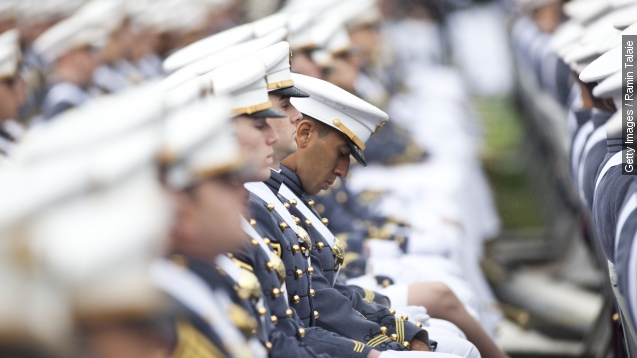 SMS
Gay Couple Who Wed At West Point Forced To Defend Themselves
By Leah Becerra
By Leah Becerra
August 4, 2015
Daniel Lennox-Choate and his husband, Larry, were shopping in SoHo, when a man allegedly attacked them.
SHOW TRANSCRIPT

The first gay couple to marry at West Point Military Academy knows how to defend themselves.

That was clear Sunday when Daniel Lennox-Choate and his husband, Larry, were shopping in SoHo, New York.

The couple told police that a man attacked them. The alleged attacker was about 40 years old, wore a white T-shirt and got away on a bike.

According to Larry's Facebook page, the man who attacked the couple had been screaming anti-gay obscenities right before hitting Daniel in the face — but that was the only punch the attacker landed before Larry says he took care of things, writing, "He left covered in his own blood with his tail between his legs after I handled the situation and tossed him in the street."

Police told New York Daily News no arrests have been made and that the investigation is ongoing.

Daniel, who was the victim of the attack, graduated from West Point in 2007, and Larry graduated two years after. They returned to their alma mater in 2013 for their wedding.