Gawker Sold For $135 Million After Filing For Bankruptcy 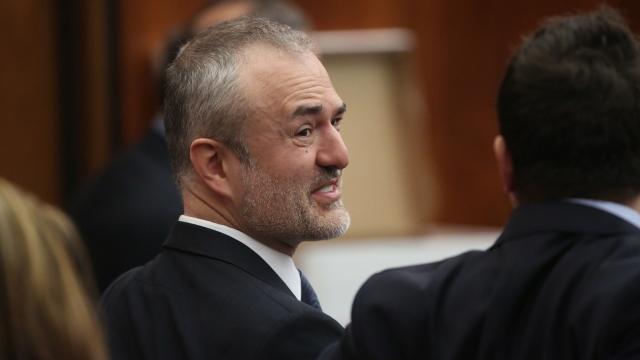 SMS
Gawker Sold For $135 Million After Filing For Bankruptcy
By Samantha Crook
By Samantha Crook
August 16, 2016
The news comes after Hulk Hogan won a lawsuit against Gawker — the outlet had posted part of a sex tape featuring the former pro wrestler.
SHOW TRANSCRIPT

Univision has reportedly bought Gawker Media for about $135 million.

The news comes after Hulk Hogan won a lawsuit against Gawker — the outlet had posted part of a sex tape featuring the former pro wrestler. The company had to pay Hogan more than $100 million in damages and filed for Chapter 11 bankruptcy earlier this year.

"He was having sex with his best friend's wife while the best friend was coming in and out of the room and was taping them. As far as I'm concerned that's a story, and millions of people thought it was a story," Gawker founder Nick Denton told ABC's "The View."

The New York Times reports Univision's purchase of Gawker is part of Univision's effort to expand its portfolio of digital media companies.

In a statement to outlets, Gawker founder Nick Denton said: "I am pleased that our employees are protected and will continue their work under new ownership — disentangled from the legal campaign against the company. We could not have picked an acquirer more devoted to vibrant journalism."

The sale includes all seven of Gawker's brands, including Jezebel and Deadspin. CNN reports a hearing to confirm the deal is scheduled for Thursday.