Gawker Hits Back After Tarantino Sues Over Leaked Script 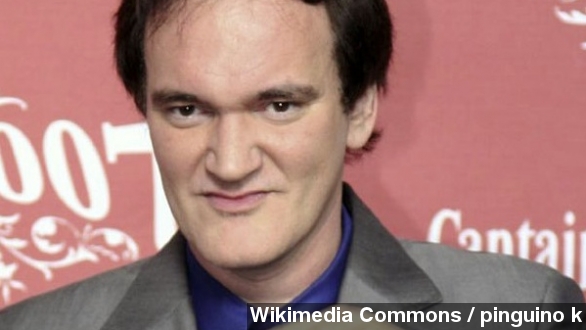 SMS
Gawker Hits Back After Tarantino Sues Over Leaked Script

By Zach Toombs
January 27, 2014
The "Pulp Fiction" director says he's abandoning an upcoming Wild West film after the project's script leaked online - and was linked to by Gawker.
SHOW TRANSCRIPT

Director Quentin Tarantino has said a lot of nasty things about Gawker in the last few days. Now, Gawker is giving its two cents about Tarantino's comments — and his $1 million lawsuit against the site.

This feud began when Gawker-owned entertainment news site Defamer pointed readers to a leaked script for a now-abandoned Tarantino film. The site didn't post the script — it had been posted on other sites anonymously — but it did link to it, include passages from it and tell readers, "Enjoy!"

Which, predictably, made Tarantino pretty upset — so upset that he's suing Gawker for contributing to copyright infringement. His lawyer wrote in the lawsuit that Gawker crossed the line and "knowingly and actively acted as a promoter of copyright pirates, and, itself, did directly cause, contribute to, enable and facilitate copyright infringement." (Via Variety)

Tarantino says he's now decided not to make the film, which sounded like a natural successor to his last film "Django Unchained," set in America's Wild West. The project's working title was "The Hateful Eight."

The director says he's especially upset because he only gave an early copy of the script to six people — and it still managed to find its way online. But Gawker has a lot to say in its defense.

John Cook, the site's editor-in-chief, wrote this post Monday night. In it, he notes Gawker Media didn't post the script itself, argues that Tarantino turned the leak into a story in the first place and points to a quote from the director, in which Tarantino said "I like the fact that people like my [stuff], and that they go out of their way to find it and read it."