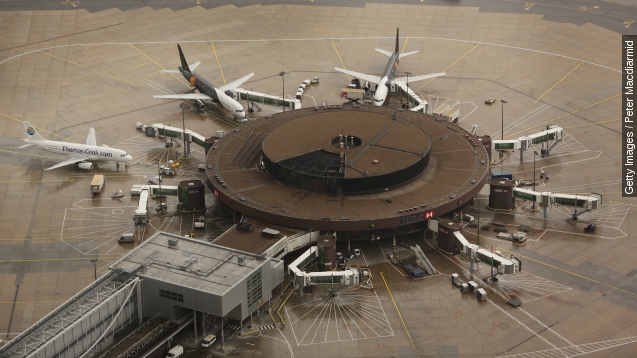 SMS
Gatwick Airport In UK Evacuated After Firearm Found
By Ethan Weston
By Ethan Weston
November 14, 2015
Europe is on high alert after recent terrorist attacks as police shut down a U.K. airport after finding an apparent firearm.
SHOW TRANSCRIPT

Tensions are high all over Europe after the terrorist attacks in Paris Friday evening.

Police in the U.K. reportedly evacuated a terminal in Gatwick Airport after the discovery of a "suspicious article."

Police were called to the airport after witnesses saw a man discarding what was described as a "suspicious item," according to a police spokeswoman.

Sussex Police detained a Frenchman after what appeared to be a firearm was found at the airport.

Sussex Police said in a statement, "Personal items and what appears to be a firearm were recovered ... However, the viability of the weapon has yet to be established."

The BBC reports Dutch authorities also grounded a plane bound for France because of a threatening tweet. They also announced strict security protocol for traffic entering or leaving France.