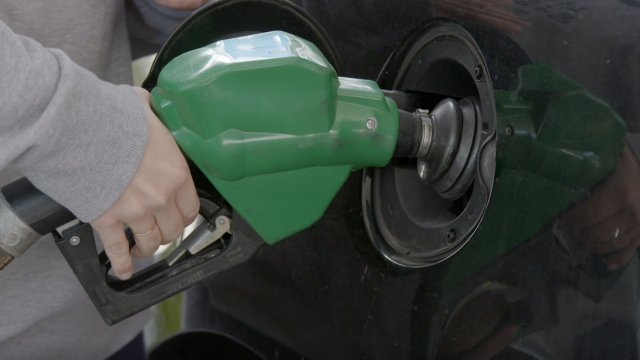 The cost of gassing up the car is taking a dive.

“Gas prices are cheap no matter where you are in the country,” said Jeanette Casselano, AAA spokeswoman.

In most states, gas is now below $2 per gallon and falling, at a low of $1.51 in Oklahoma and Wisconsin. Filling up is now the cheapest it has been since 2016.

The less people drive, the lower costs seem to go as the nation’s supply of gas remains relatively unaffected by COVID-19.

A price war between Russia and Saudi Arabia is driving down crude oil to its lowest price per barrel since 2002.

“Oil has dropped to a point where it’s the greatest tax cut we’ve ever given, if you look at it that way,” President Trump said April 1.

The EPA also is allowing fill stations to keep offering the cheaper winter blend longer, until mid-May and maybe beyond.

How low will prices go? AAA predicts another 25-cent cut or so, bringing prices down to a national average of $1.75 by the end of April.

As stay-at-home orders eventually lift and demand for gas bounces back, prices are likely to rise.

“At a time we’re all staying home, we’re just not getting to reap those benefits of the cheaper prices,” Casselano said.

For now, the big savings are from not filling up, perhaps, at all.