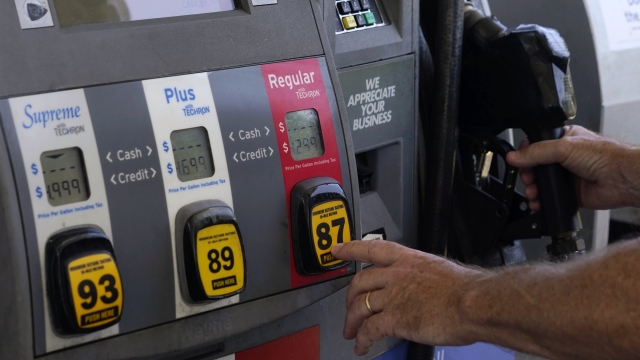 SMS
Explaining Gas Taxes, And Why Gas Prices Can Differ Between Stations
By James Packard
By James Packard
May 18, 2022
Gas taxes are calculated based on how many gallons of gas you buy, not how much the gas costs.

The prices are hitting small businesses where it hurts. Like a food truck in Phoenix.

Now, he's thinking about opening a sit-down restaurant instead. It might be cheaper. But all this time we've had such high prices has prompted some questions.

Like, with higher gas prices, are you paying more gas taxes? The short answer is — no.

"Seems like ever since COVID is over, everything went up," California driver Jessie Rodriguez said.

Gas taxes are calculated based on how many gallons of gas you buy, not how much the gas costs.

So your gas tax stays the same if you keep buying the same amount of gas.

The funds help pay for infrastructure projects in many states — think road and bridge upkeep and public transit.

"I live on Ford Road, and I know this gas station was cheap," Michigan Driver Moussa Balhas said.

What about local price differences? Why is one station so much cheaper than another?

"You could be by an airport and you're the only station, so you charge more, because you might be near the airport," said Patrick De Haan, head of petroleum analysis at GasBuddy. "Or you may be downtown, so the cost of doing business is much higher, and the labor cost and the cost of things like property taxes."

On top of that, this is the oil market we're talking about.

"The global oil market is much like the stock market. It does not like uncertainty," AAA Spokesperson Doug Shupe said.

"One station may have gotten lucky and bought at a much lower price than another," De Haan said.

Leaving us to hunt for the best price. Even if the best is still a record high.