The Future Of Space Travel Is Strong With Gary Johnson 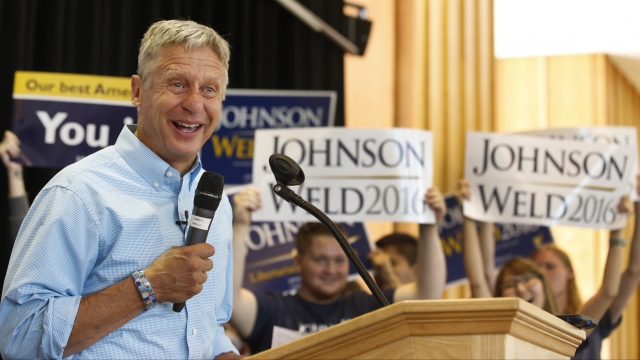 "We do have to inhabit other planets. The future of the human race is space exploration," Gary Johnson said on ABC's "This Week."

Libertarian presidential candidate Gary Johnson was asked to respond to a comment he made five years ago about the sun eventually engulfing Earth.

The heart of the question was about climate change, and Johnson said we need to take care of the environment. But he notes the really long-term future of Earth is a little grim.

Space exploration and living on another planet are typically more popular topics in the tech world. Mars One wants to establish a permanent human settlement on the red planet, and SpaceX's Elon Musk is set to announce his competing Mars colonization plan this week.

But Johnson is not the first presidential candidate to dream of space travel.

"We will have the first permanent base on the moon, and it will be American," Newt Gingrich said during his 2012 presidential campaign.