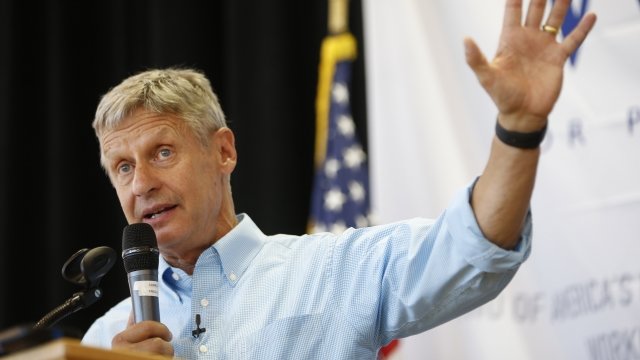 Gary Johnson announced his campaign for New Mexico's Senate seat on Tuesday by tweeting a video made by a political action committee supporting him.

Johnson was the Libertarian candidate in the 2016 presidential election and served as a Republican governor of New Mexico from 1995 to 2003. The ad he tweeted, titled "You Know Gary Johnson," lists his accomplishments and describes him as "fiscally conservative and socially cool."

His presidential run was marred by several missteps, including his infamous response, "What is Aleppo?", when he was asked about the situation in the Syrian city.