Man Acquitted In Kate Steinle's Death Sentenced — For Something Else 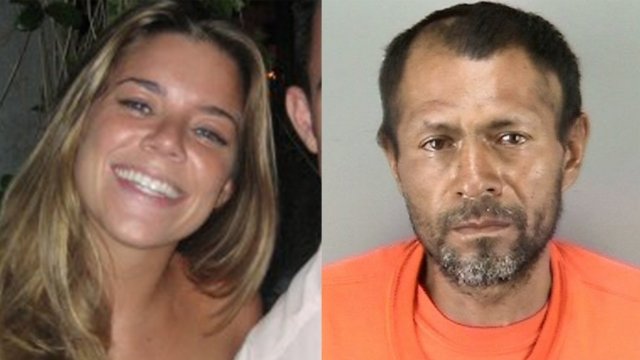 The undocumented immigrant who was acquitted in the shooting death of a woman in San Francisco was just sentenced for a different but related charge.

Jose Ines Garcia Zarate's attorneys say he accidentally fired the gun that killed Kate Steinle in 2015. The bullet ricocheted, according to a witness, and hit Steinle.

But Garcia Zarate is a felon, so he's not supposed to have a gun in the first place. That's the charge he was sentenced for Friday.

He's going to be put into federal custody as his case moves up to federal court.

His sentencing means a lawsuit from Steinle's family can move forward, according to their attorney. They're trying to make the Bureau of Land Management pay for failing to secure the gun they say was stolen, and then used to kill Steinle.

President Donald Trump has used Garcia Zarate's case as a means of arguing for tougher immigration laws, including building his proposed wall along the border with Mexico, where Garcia Zarate is from.

Garcia Zarate had been deported five times before Steinle's death. Federal authorities have said they want to do it again.