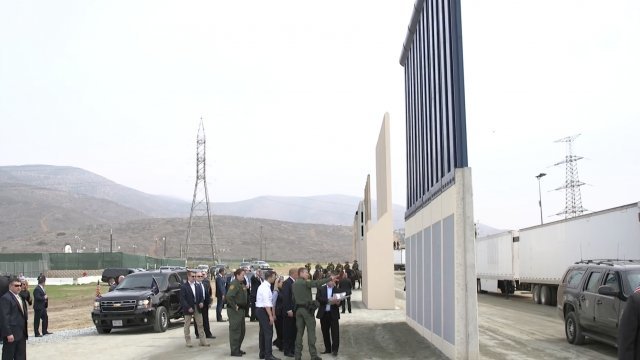 President Donald Trump's so-called border wall has been estimated to cost $21.6 billion by the Department of Homeland Security and close to $70 billion by Senate Democrats. But both of those estimates could fall short.

A report by the Government Accountability Office says the Trump administration had not fully analyzed or disclosed the cost of building a wall.

And because of there's no comprehensive cost plan, the report says there's "an increased risk that the Border Wall System Program will cost more than projected, take longer than planned, or not fully perform as expected."

House Republicans requested $5 billion for the proposed wall last month, and Trump has threatened a government shutdown if he can't acquire funds for the project.