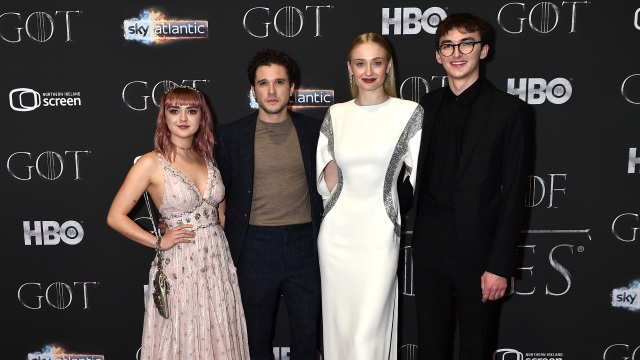 Many fans and critics were torn on whether they liked the final season of "Game of Thrones" but, despite the controversy it earned plenty of love from the Television Academy.

The series received 32 Emmy nominations on Tuesday, breaking a record for the most nominations by a series previously set in 1994. That year, "NYPD Blue" received 27 total nominations.

Not only did it get nominated for Best Drama, but also for Best Writing for the series finale, which was its highest-watched episode. And many of the show's stars were tapped with nominations as well.

Overall, 10 actors were nominated, including Kit Harington and Emilia Clarke.

In fact, Lena Headey, Maisie Williams, Sophie Turner and Gwendoline Christie were all nominated for Best Supporting Actress in a Drama Series. That breaks another record for number of nominees from one show in that category.

The official 'Game of Thrones' Twitter account was having fun with the good news on Tuesday, tweeting out GIFs to celebrate, including the iconic line "DRACARYS!"

Game of Thrones already holds the record for most Emmys won by a comedy or drama. In total it has taken home 47 Emmys and has been nominated 161 times. The 71st annual Primetime Emmy Awards will be on Sept. 22.