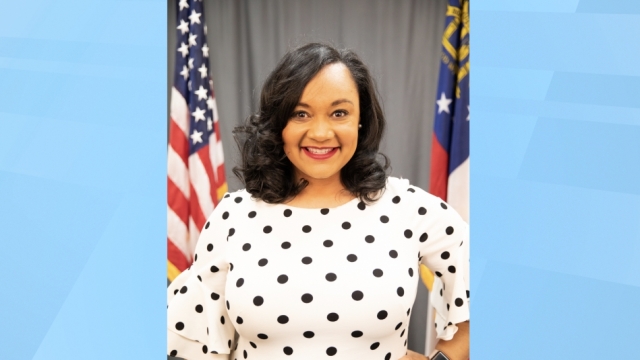 Georgia lawmakers have appointed state Sen. Nikema Williams, who is also chairwoman of the state's Democratic Party, to take the place of the late Rep. John Lewis on November's ballot.

Lewis died Friday several months after he was diagnosed with advanced pancreatic cancer. A state law required Democrats to choose who would take the open seat by Monday afternoon. The Democratic Party's executive committee overwhelmingly voted for Williams, who was up against 130 other applicants.

Williams said it was "surreal" to carry out the nomination process while grieving the man she called a hero and a friend. She wrote on Twitter: "Nobody will ever fill the shoes of Congressman John Lewis. I will do everything in my power to honor his legacy and lift up his spirit."

Williams was raised in Alabama, like Lewis. She attended Talladega College, a historically Black school, and talks often of her family’s deep ties to the fight for civil rights and the politics of race. She's the the first Black woman elected to lead Georgia's Democratic Party.

Williams will face Republican Angela Stanton-King in November to decide who will represent Georgia's 5th District, which includes most of Atlanta, in Congress. Stanton-King is a reality TV personality who was pardoned by President Donald Trump earlier this year for her role in a car theft ring.

In the meantime, Lewis' seat will remain empty until Gov. Brian Kemp holds a special election.

Additional reporting by Ben Nadler of the Associated Press.