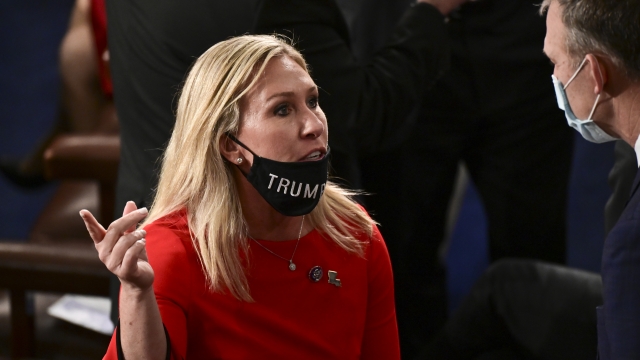 SMS
GA Rep. Marjorie Greene Under Fire For Social Media Posts
By Adam Elrashidi
By Adam Elrashidi
January 28, 2021
Before joining the House this month the congresswoman supported social media posts that advocated violence against Democrats and the FBI.
SHOW TRANSCRIPT

Georgia Republican Representative Marjorie Taylor Greene is facing backlash after CNN revealed she had once called for violence against Democrats on social media.

The freshwoman Greene, a believer of the Qanon conspiracy, often posted support for far-right views and extremism.

She does not deny her online activity, but says many people have run her accounts over the years.

Democratic lawmakers have called for Greene to be ousted from Congress, citing the posts and her incitement of the Capitol insurrection.