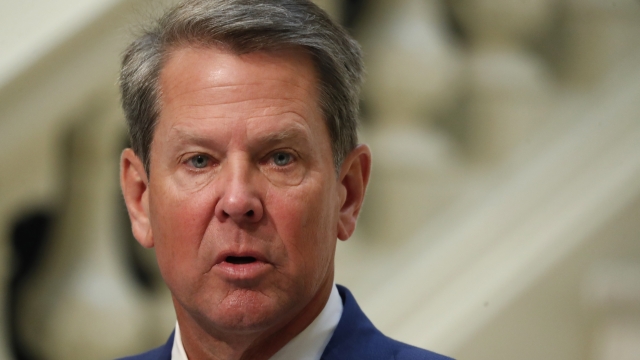 Georgia's governor has withdrawn an emergency request to stop Atlanta's mask mandate from being enforced.

Earlier this month, Gov. Brian Kemp sued Atlanta Mayor Keisha Lance Bottoms and city council members to stop a mask mandate meant to slow the spread of the coronavirus. He says the city doesn't have the authority to override his ban on local face mask mandates or issue rules that are more restrictive than his. Kemp has said he is "encouraging all Georgians" to wear masks in public but has not moved to require them. The city argues state and local governments can't be sued without their consent and that local governments have the right to protect their citizens.

Kemp did not withdraw the lawsuit. His office said he withdrew the emergency request "to continue productive, good faith negotiations with city officials and prepare for a future hearing on the merits of our legal position."

More than a dozen other localities in Goergia have ordered people to wear face coverings in some public places.