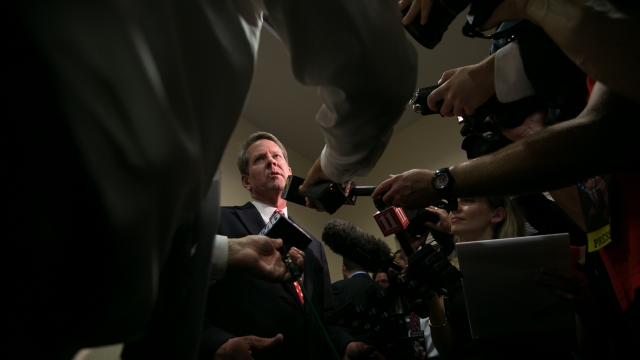 Georgia Gov. Brian Kemp is expected to sign a bill that would overhaul the state's current voting system, despite Democrats' concerns about security.

The state currently uses paperless, electronic voting machines that pose a high risk of hacking. That risk is so high a federal judge said last year that using the machines embattled Georgians' "constitutional interests", according to Politico.

Back in March, the state Senate voted 35-21 to move forward with the bill, which authorizes $150 million for new touchscreen voting machines. The legislation is currently awaiting a legal review, after which Kemp is expected to sign it.

But many Georgia Democrats are taking issue with the proposed new system. That's because security experts say it may pose similar risks to the one it's replacing — and that the new machines may also be vulnerable to hacking. One point of contention is the lack of a paper ballot. Ballots filled out by hand can serve as permanent, accurate voting records. But the proposed system uses a barcode, which critics say could be altered without voters noticing.

This isn't the first time Kemp has found himself embroiled in controversy regarding voting. During Georgia's November elections, Democrats accused Kemp, who was at the time a gubernatorial candidate and the acting Secretary of State, of using his post as the state's top election official to suppress minority voters.