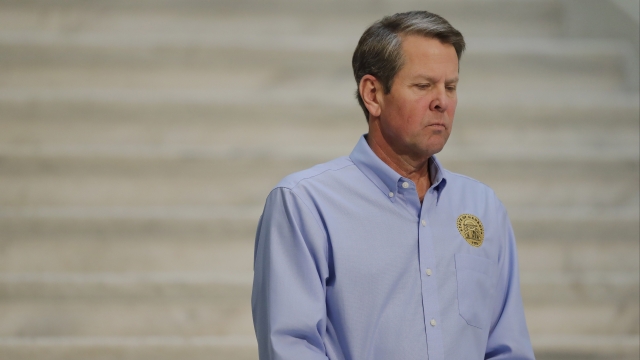 SMS
Georgia Apologizes For Coronavirus Case Count Errors
By Bailey Vogt
By Bailey Vogt
May 20, 2020
The Atlanta Journal-Constitution says there have been at least three instances of "bungling" of case number reporting.
SHOW TRANSCRIPT

Georgia officials are under fire for a string of mistakes in reporting the number of coronavirus cases. The Atlanta Journal-Constitution says there have been at least three instances of what the paper called "bungling" of numbers.

Georgia's Department of Public Health over the weekend apologized after an incorrect report of coronavirus cases dropping.

In early May, Georgia Gov. Brian Kemp had to apologize after the state public health department released a graph which wrongly showed cases in the state declining for two weeks. At one point Georgia reported more confirmed cases of the virus than actual tests performed.

Georgia was one of the earliest states to end shelter in place. The reporting errors have left critics to suspect that the Kemp administration is using misleading data to justify reopening the state.

State Rep. Jasmine Clark, who has a Ph.D in microbiology, told the Atlanta Journal-Constitution she has "a hard time understanding how this happens without it being deliberate," adding: "Literally nowhere ever in any type of statistics would that be acceptable."