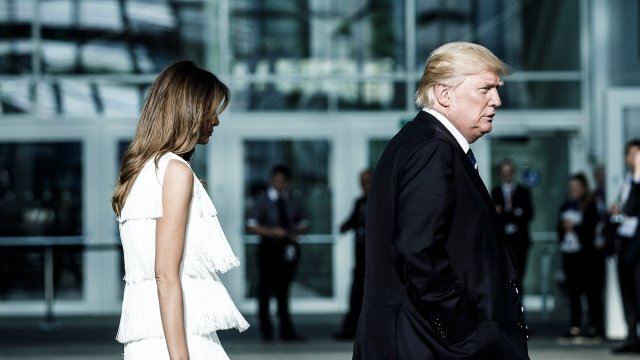 Instead of stepping out in Hamburg, Germany, first lady Melania Trump is staying in her hotel room.

Trump was supposed to visit Germany's Climate Computing Center for a lesson about climate change with the other G-20 leaders' spouses, but her spokeswoman said she was forced to stay in her room because "Hamburg police couldn't provide clearance for us to leave." 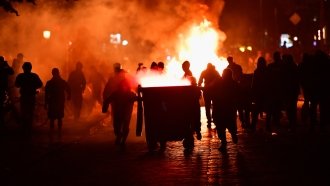 Hamburg authorities said nearly 200 police officers were injured in the protests. 100 protesters were arrested and at least 14 were hospitalized.

Trump tweeted: "Thinking of those hurt in #Hamburg protests. Hope everyone stay safe!"