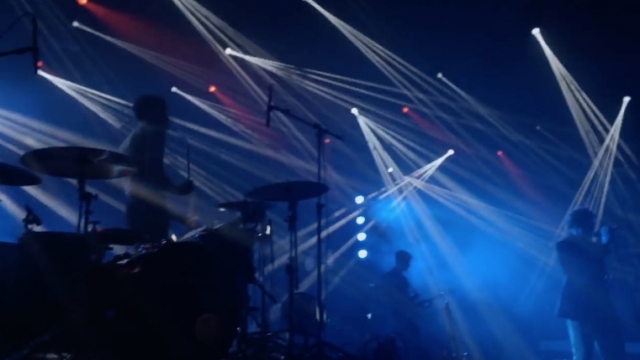 SMS
Ja Rule's So-Called Luxury Music Festival Turned Out To Be A Hot Mess
By Katherine Biek
By Katherine Biek
April 28, 2017
Fyre Festival, which was partly organized by rapper Ja Rule and promoted by supermodels on social media, was ultimately postponed.
SHOW TRANSCRIPT

The Fyre Festival was billed as a two-weekend luxury music concert in the Bahamas.

But the event, which was organized by rapper Ja Rule and promoted by supermodels such as Emily Ratajkowski, Bella Hadid and Hailey Baldwin, turned out to be anything but luxurious.

Guests, who paid anywhere from $1,000 to $250,000 depending on amenities, arrived Thursday to find the festival in complete disarray. Camping tents were set up on a beach, catered food consisted of bread and cheese, and security was slim to none.

Stuck at #fyrefestival trying to leave for the last 8 hours. barley any food or water or security or electricity pic.twitter.com/jHPMnJw5gx

The dinner that @fyrefestival promised us was catered by Steven Starr is literally bread, cheese, and salad with dressing. #fyrefestival pic.twitter.com/I8d0UlSNbd

These are the secure lockers at Fyre Fest. They forgot to tell us we needed locks. #fyrefestival #fyrefest pic.twitter.com/Tqyjqbg2Gy

"[The beds are] not that uncomfortable, but the tents are so poorly made that they'd blow over in a second if there was any wind or rain," a festival attendee told Billboard.

"This was a scam for sure," another festival goer told KTVT.

The attendees that were already in the Bahamas then spent hours waiting at the airport for a plane back to the U.S. According to social media, they were reportedly locked inside the airport while waiting to depart.

Prior to this weekend, there were some signs that not everything was going as planned.

The Wall Street Journal reported earlier this month that organizers had yet to pay some performers and weren't providing guests with "logistical details."

And Blink-182, which was scheduled to be one of Fyre Festival's headliners, dropped out Thursday afternoon.

Festival organizers said on Twitter that they are "working to refund" tickets.