The Future Of The Human Rights Campaign's Fight Is Interconnected 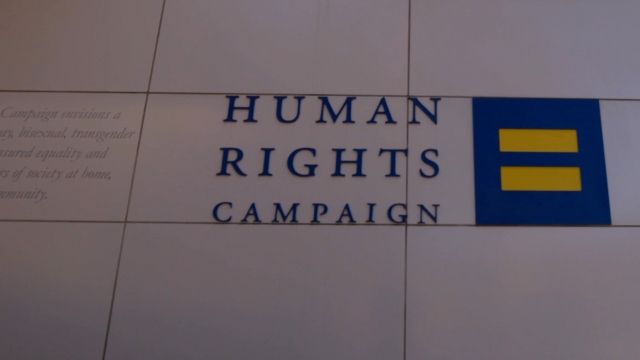 "When we stand together ... we can make sure that discrimination and division don't stand," HRC's national spokeswoman said.

"I'd say that if there was one word that I would use to describe the future, I would say it's interconnected. We need to acknowledge that our struggles are one," Sarah McBride told Newsy.

McBride is the national spokeswoman for the Human Rights Campaign, and in 2016, became the first out transgender person to speak at a major party convention.

As an activist, McBride's lifework is equality for all. And, for her, the "all" part is vital, especially as she and HRC, whose mission is fighting for LGBTQ+ issues, push back against the Trump administration.

"When we stand together, when our voices are heard, when we rise up as one, we can make sure that discrimination and division don't stand, and we can move equality forward," McBride said.

The concept of interconnection and intersectionality isn't really new in the world of activism; it's been used for decades. Rarely does a marginalized person have just one identity. And for McBride, that means all of those groups have to stand up and together, no matter which community is under attack.

"We'll continue to put our all into moving equality forward while defending our progress," spokeswoman Sarah McBride told Newsy.

McBride sees the Trump administration as a danger to progress and is worried the next four years will, at the very best, slow down progress. At the same time, she's hopeful that one day, advocates and activists will have worked so hard, their jobs will be obsolete.

"I think some day, years from now, a young gay kid or a young trans kid is going to grow up and learn about this struggle for equality and justice in their textbooks and never have to know what this progress felt like to all of us because they'll never know anything different," McBride said.