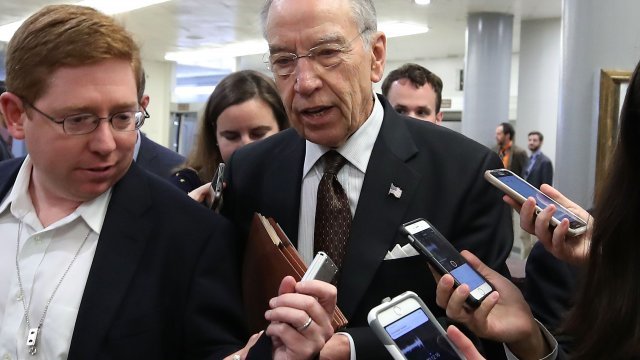 A top Democrat released the document with "no agreement" with Republicans.

The release of the Fusion GPS transcript has escalated already high tensions between Democrats and the GOP.

Democratic Sen. Dianne Feinstein released the transcript Tuesday with "no agreement" from Senate Republicans. The document said that the Trump-Russia dossier author thought then-presidential candidate Donald Trump might be being blackmailed.

Republicans have claimed former presidential candidate Hillary Clinton and the Democratic National Committee paid to have the document created.

Last week, Sens. Chuck Grassley and Lindsey Graham called on the Department of Justice to investigate the dossier's author, claiming he lied to the FBI. They reportedly didn't consult Democrats on that decision.