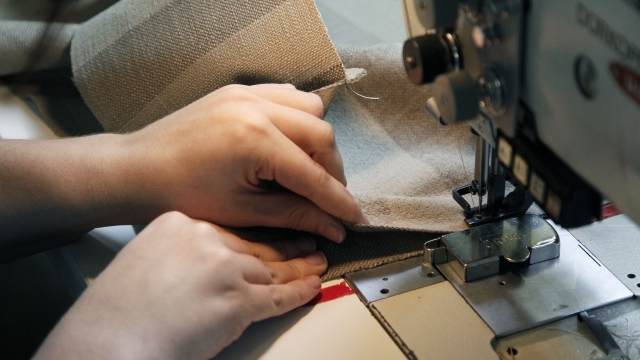 SMS
Furniture Industry Experiencing Biggest Boom In Decades
By Newsy Staff
By Newsy Staff
December 21, 2021
With supply chain issues gripping the globe, furniture makers are seeing a resurgence in demand for product made here in the U.S.

The global supply chain problems have caused a lot of headaches for all sorts of products, but in North Carolina one sector is benefiting from the challenges abroad.

The current buzz of activity at Century Furniture is part of a double- edged reality the domestic furniture industry is currently grappling with.

Western North Carolina — the once-self-proclaimed furniture capital of the world — is seeing an increase in demand, the likes of which have not been seen since the 1980s and '90s.

Guy Holbrook is the vice president of sales for Century and said the new millennium marked a downward trajectory in domestic furniture, with cheaper pieces being imported from Asia. 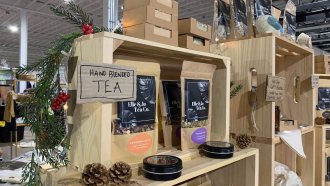 How Some Sellers Avoid Supply Chain Issues With Creative Gifts

Beginning in 1999, demand for U.S.-made furniture tanked, factories were shuttered and the local economy took a beating it has not recovered from.

This new pandemic demand is certainly a welcome sight to the region that still relies heavily on the industry, but on the other arm of the chair is the same supply chain crunch much of the world is still trying to sort out.

"A skyrocketing demand is creating an imbalance in our supply," Holbrook said.

While all of Century's furniture is made here in the U.S., the company relies on importing 15% of its components, creating logistical obstacles.

However, the gaping hole between supply and demand it can't seem to vault is the drought of skilled craft workers.

"The materials are the easy thing to point to," Holbrook said. "But we would hire probably 150 to 200 more people right now if we could find the right ones."

With skilled craftsmen and craftswomen retiring and not nearly enough following in their place, a solution has been established at the local community college.

In 2012, a group of furniture makers invested in the idea to train the next generation of skilled laborers themselves. That idea helped create the Furniture Academy at Catawba Valley Community College.

"We didn't have anybody to come and work," Furniture Academy founding partner Bill McBrayer said. "So we said we need to have a place where we train and educate the younger people to come into the industry to take over when the older folks leave."

In less than two years, students can learn a skill in the furniture-making industry — from coil installation to frame assembly to upholstery. When they graduate, they're pretty much guaranteed a local job where they can make upwards of $70,000 a year.

"It's a huge opportunity right now," Holbrook said. "If you want to come into the furniture business, there is a career path for you."

Even with the Furniture Academy, as long as this lack of skilled workers remains, Holbrook believes the industry will be held back from a true resurgence.